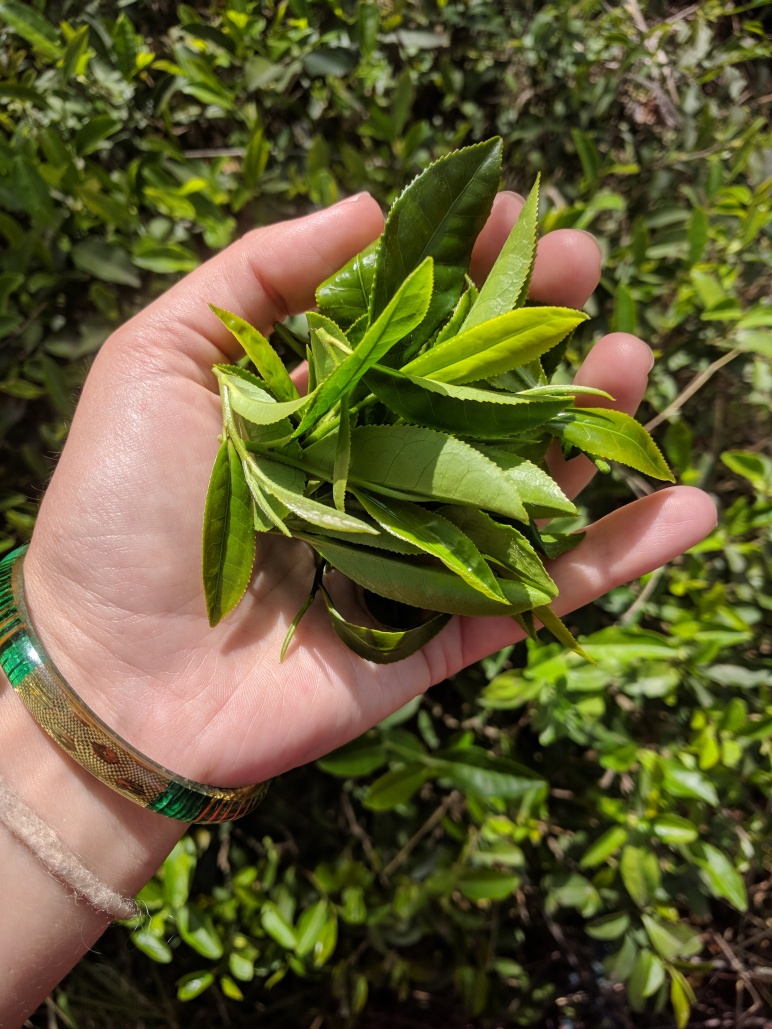 As any of my colleagues conducting interviews or participant observation in India will likely agree, drinking tea is a serious part of the research process here. Since my home institution’s campus happens to include an organic tea garden, I’ve also been able to learn about the process of tea cultivation first hand. (What does this have to do with wool research, you might ask? Well, it’s one of the multiple intertwining agricultural cycles that any local wool value chain intervention will need to accommodate. Plus, it’s just cool!) 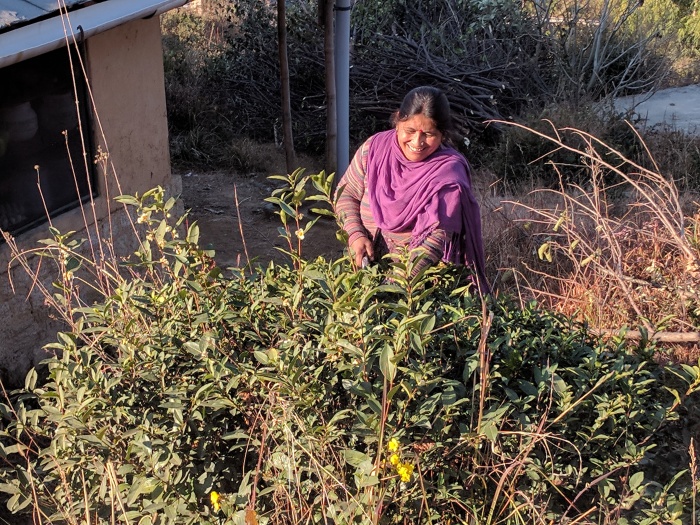 Institute programming takes a winter break during this time, so the housekeeping staff spent most of their work days hacking away at the “grass” (this term refers to any plant, whether it’s a botanical grass or not, that grows up in untended patches of land) and pruning the tea bushes. After several days of insisting that the work would be too difficult for me, they finally let me take a turn with the loppers. “Kaisa lag raha?” (“How do you like it?”) they kept asking, until I finally announced to everyone’s astonishment that I have in fact done yard work before. I found their disbelief simultaneously exasperating and hilarious, as pruning camellias is probably the most middle class, suburban American activity I could possibly undertake in rural India. 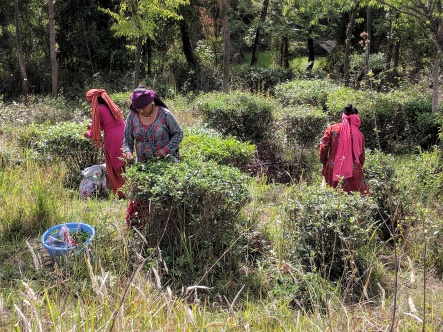 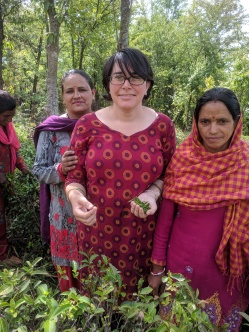 Once the new growth came in, it was time to pluck tender leaves and buds. Each bush can be harvested 3 times, and harvest days had to be planned around the intermittent thunderstorms that have started up in anticipation of monsoon. Most of the tea has been sent to be processed by machine, but some has been processed in-house (like, literally in the house that I live in) and by hand. 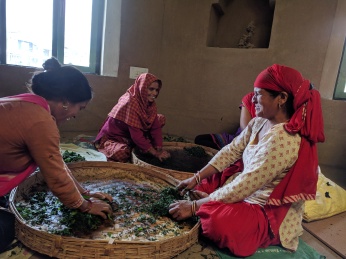 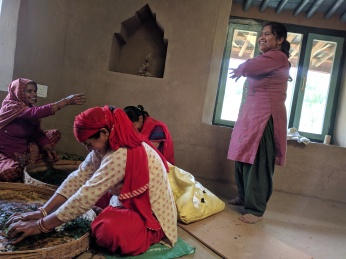 After harvesting, the leaves are left to wilt for a day and then are kneaded by hand to squeeze out moisture. With musical and dance entertainment. 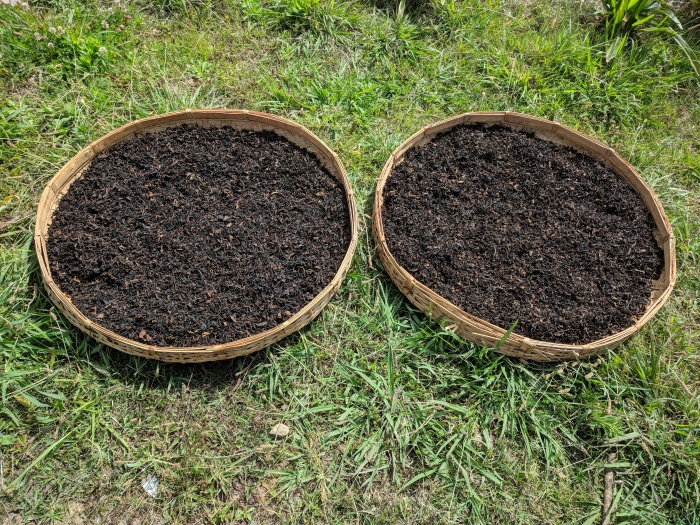 Finally, the leaves are left out to dry in the sun (assuming there is any…).

Then, after all that, it’s time to sit down and relax with a cup of Kangra tea!